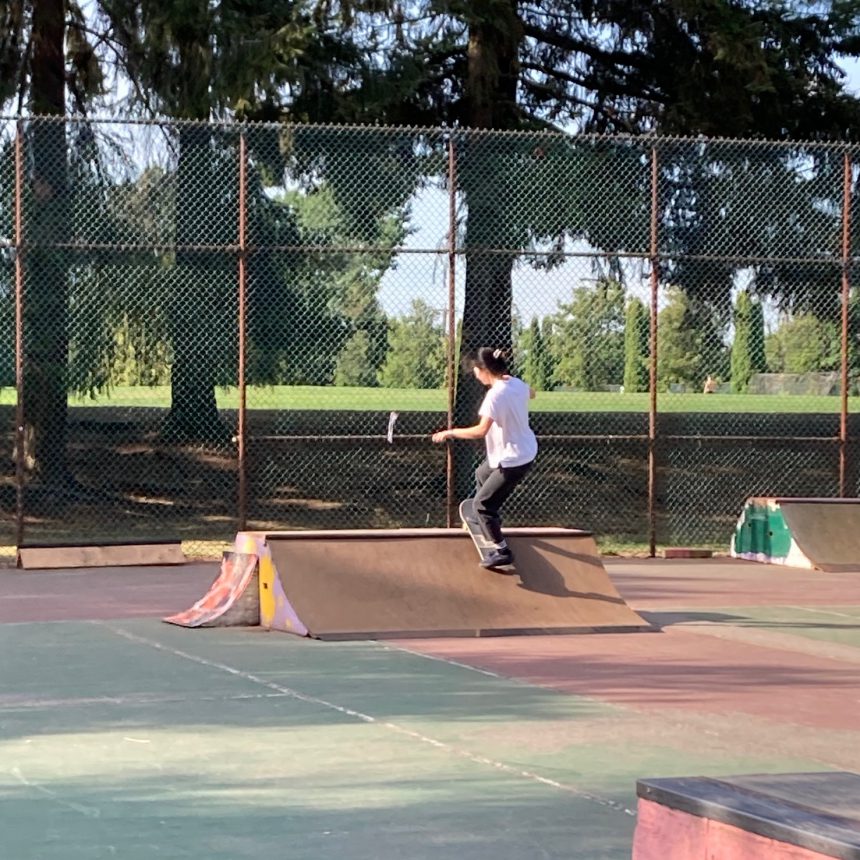 One of my favourite things about Britannia is how it adapts and changes to the needs of community.

One of my favourite things about Britannia is how it adapts and changes to the needs of community. In particular, I love how underused tennis courts morphed into a welcoming and accessible place to skateboard.

I have watched the transformation, with young people taking ownership for the “Britannia Courts,” including shovelling the snow in winter, building ramps during the season, and welcoming new people to the former tennis courts.

I’ve included a photo of Victoria, who came to the courts early to practice. Women are still a minority of skateboarders, and she stated that she came in the morning because it was less intimidating. In time, she wants to feel comfortable skateboarding with more people.

Almost every night of the summer you can hear the skateboarders doing their thing to the sounds of 90s hip hop which takes me back to my youth.

I hope this important feature of Britannia is included in the redevelopment!